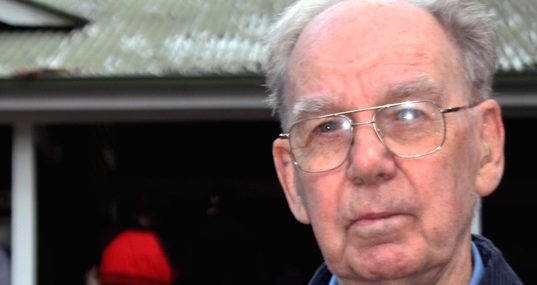 Alan quickly became involved in officiating and administration, initially assisting Andy Betheras and Peter Lucas, and then acting as the main official for the competition from around 1980. There was no such position as chief official in those days and Alan was simply listed as one of the timekeepers and recorders until 1987 when he was finally appointed Chief Official. The truth is that for around twenty years until his retirement from officiating in 1999, Alan organised and managed every APSOC race. From 1987 to 1999, he obtained all necessary local council, police and authority event approvals. He worked tirelessly to improve the safety of our courses. On every race day, microphone in hand, Alan would give his authoritative instructions to the runners, including his constant reminder that: “All runners must have tags!”

But Alan’s dedication to APSOC did not stop with race day officiating. In the pre-computer age, Alan would collect the finishers’ tags and painstakingly produce complete handwritten results of every race. He would then post a copy to each club secretary by the Wednesday of the following week. The clubs were therefore totally reliant on Alan’s painstaking work for race results. Alan performed this task for approximately 260 races over twenty years. It is likely that he attended almost every APSOC race between 1980 and 1999, missing perhaps only twice. Alan also guided the incorporation of APSOC during this time.

Alan was also active in introducing new events to the APSOC calendar. He helped establish the Gilwell Park Relays (as they were originally known) in 1978 through his scouting contacts. In 2004, the event was re-named the Alan Hooley Relay to recognise “Alan’s race”. Alan always particularly enjoyed attending the event every year to catch up with old friends and present the race trophies. This recognition of Alan’s magnificent contributions followed his earlier award of APSOC life membership in 1995.

In addition to his APSOC responsibilities, Alan was a key player in the formation of APS United. He acted as the summer team’s first team manager, a vital role, and was the club’s treasurer for the first five years of its existence from 1980. He was heavily involved in the organisation of the club’s two successful attempts at setting Australian records for the 12 hour track relay in 1980 and 1983.

Alan was truly a giant of APSOC and the athletics community.