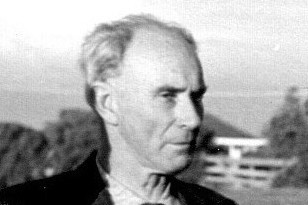 Alex Jamieson initially joined Hawthorn Harriers in 1921 and was their Secretary in 1926. He ran cross-country and track with them until August 1926. In November of that year he was a founding member of the Old Scotch Collegians Athletic Club and Secretary 1926-1948. He then became President 1948-1951 and again 1956-1961. He attended the first VAAA Council meeting in 1921 and remained VAAA delegate until 1965. There seems little record of Alex’s athletic prowess and it would appear he was dedicated to officiating and the administration of the sport.

Alex, along with John Cooke and Tom McClelland, organised the first APSOC challenges and the races that followed. Alex was a generous sponsor of running events as he hosted many weekend pack runs at his then bush home in Blackburn. He would allow runners from all clubs to stay at his home overnight and participate in the pack runs the following day.

From 1931-1938 he convened the Committee which organised the APSOC fixture and in 1939 this position became titled President, a post he held until 1948. He was regularly an official in APSOC events and was closely associated with officiating at APS, Victorian Schools, State and National Championships and managed Victorian teams to National Championships. He was an official at the 1938 British Empire Games in Sydney.

In 1956 Alex was responsible for organising the Victorian (and final) section of the Torch Relay for the Melbourne Olympic Games. Needless to say Ron Clarke carried the torch into the MCG stadium right on schedule. Alex subsequently had one of the six original torches fitted with an electric light and it became a welcoming beacon for club members in his Blackburn home.

Alex was made a life member of Old Scotch, APSOC and VAA in recognition of his service to each organisation. In 1950, as well as from electing him its first Life Member, APSOC instituted an event to further acknowledge his contribution to the Association. The Alex Jamieson Teams Race and Sealed Handicap event still honours his name.

He was not only a great supporter of athletics, but also of the RSL, the Scouting Movement, the Royal Institute for the Blind, amateur wrestling and boxing, and the Royal Agricultural Society. When people began to push for some form of community or State recognition of his great service in a number of areas, he refused to accept any award unless his wife Queenie, who he felt shared his endeavours, was a co-nominee in any award. This was a further insight into a great man. These notes represent only a fraction of his life’s activities – e.g. he was involved with insurance and property management professionally and was a member of the Scotch College Council for many years.

A great clubman, devoted to officiating and administration of the sport he loved, Alex passed away in 1979.

With minor additions and editing by Colin Findlay, 2014