APSOC athletes at the Olympics 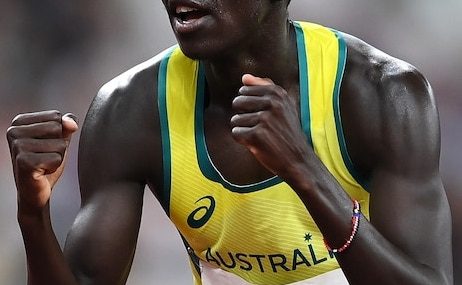 APSOC clubs have a proud tradition of producing Olympic and Commonwealth Games athletes and the Tokyo Olympic Games were no exception. Three athletes, Peter Bol (St Kevin’s), David McNeill (Old Xaverians) and Matthew Clarke (Old Xaverians) carried on that tradition. Peter, coached by Justin Rinaldi and competing at his second Olympics, produced magnificent efforts in his three 800m races. In the heat he lowered the Australian record to 1:44.13 and then lowered it to 1:44.11 in winning his semi-final. He then ran a superb race in the final finishing fourth, the best result by an Australian in the Olympic 800m since Ralph Doubell in 1968. David qualified for the 5,000m by running a PB of 13:12.8 in Perth, making Tokyo his third consecutive Olympics. Running 13:39.9 in his heat, David was just 0.5 sec outside of automatic qualification for the final. Matt Clarke ran 8:22.1 on the Gold Coast to qualify for the 3,000m steeplechase and his first Olympics. Matt ran a commendable 8:42.4 in his heat and gained valuable experience to build on in the future. The President, Executive and members of APSOC congratulate our 2020 Olympians.