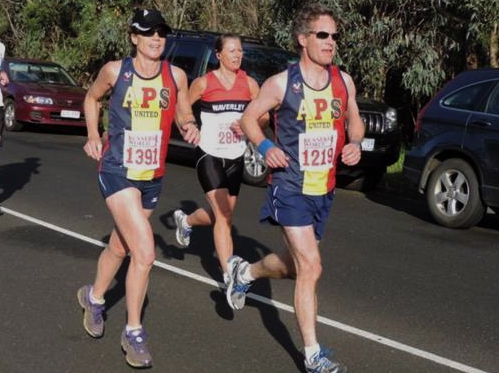 APS United had a good day on the Burnley Boulevard in the AV Half Marathon, with two of its teams (men’s div 3 and M50) winning their divisions, and no team finishing worse than 5th. The men’s div 1 team’s 4th placing moved it up two positions on the ladder. Anna Kasapis, in her half marathon debut, was our best placed athlete (11th female), while Bruce Graham (M50) and Mark Purvis (M55) won their age groups. Results are under “APS United 2013” on the Results menu.