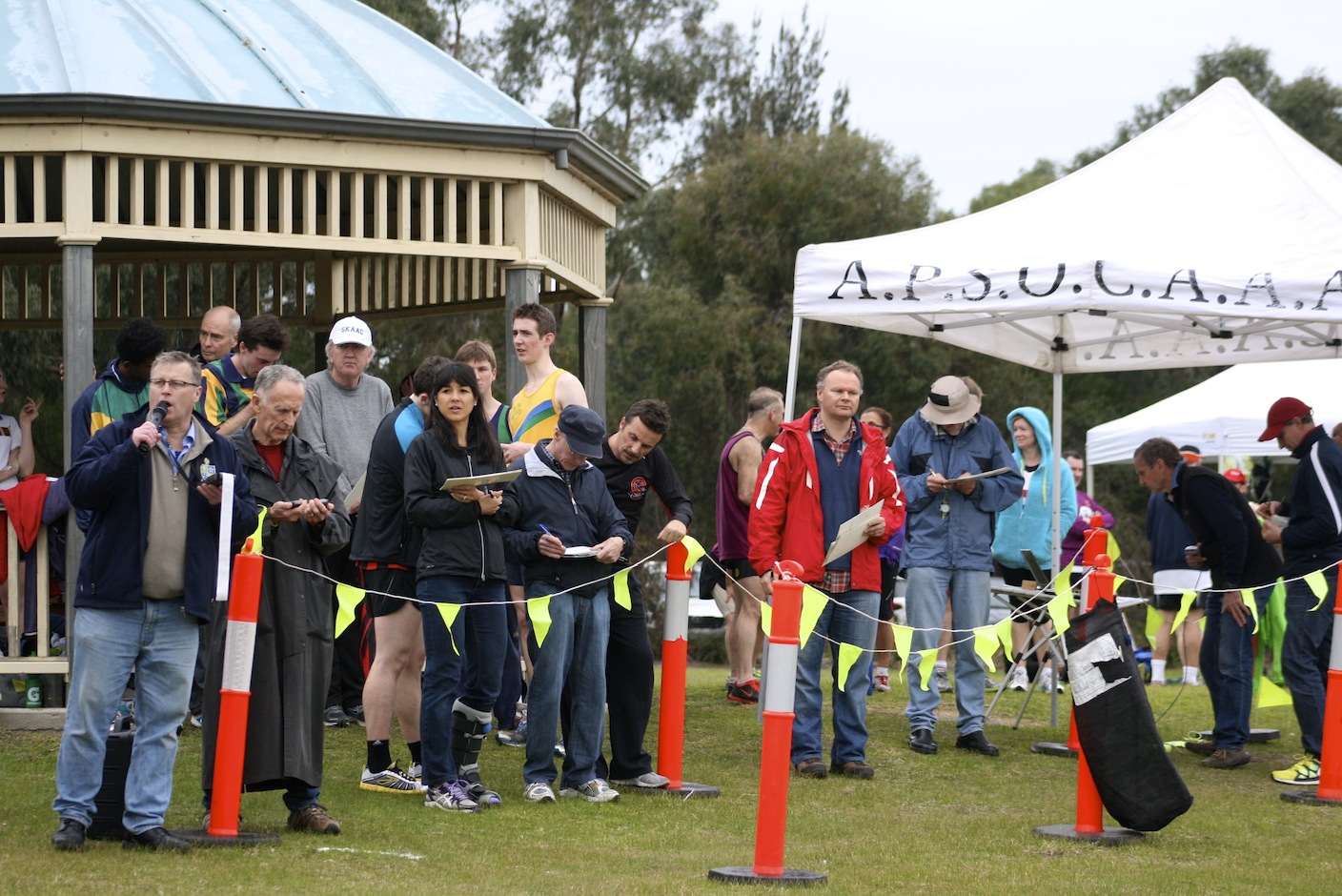 There were two close finishes in the Hooley Relay at Karkarook Park. In the open race, Haileybury and St Kevin’s had a titanic struggle, with Haileybury winning by a mere 3 seconds. In the women’s competition, Old Wesley held the lead most of the day, but were overtaken by Old Xaverians on the last leg. Anthony Aloisio (SK) was the fastest male, while Anna Kasapis (OW) made a welcome return to the podium as the fastest woman. The event attracted a large field, including many school age athletes, and the venue provided spectators with a great view of the action. Go to the results via APSOC 2013 in the drop down menu.