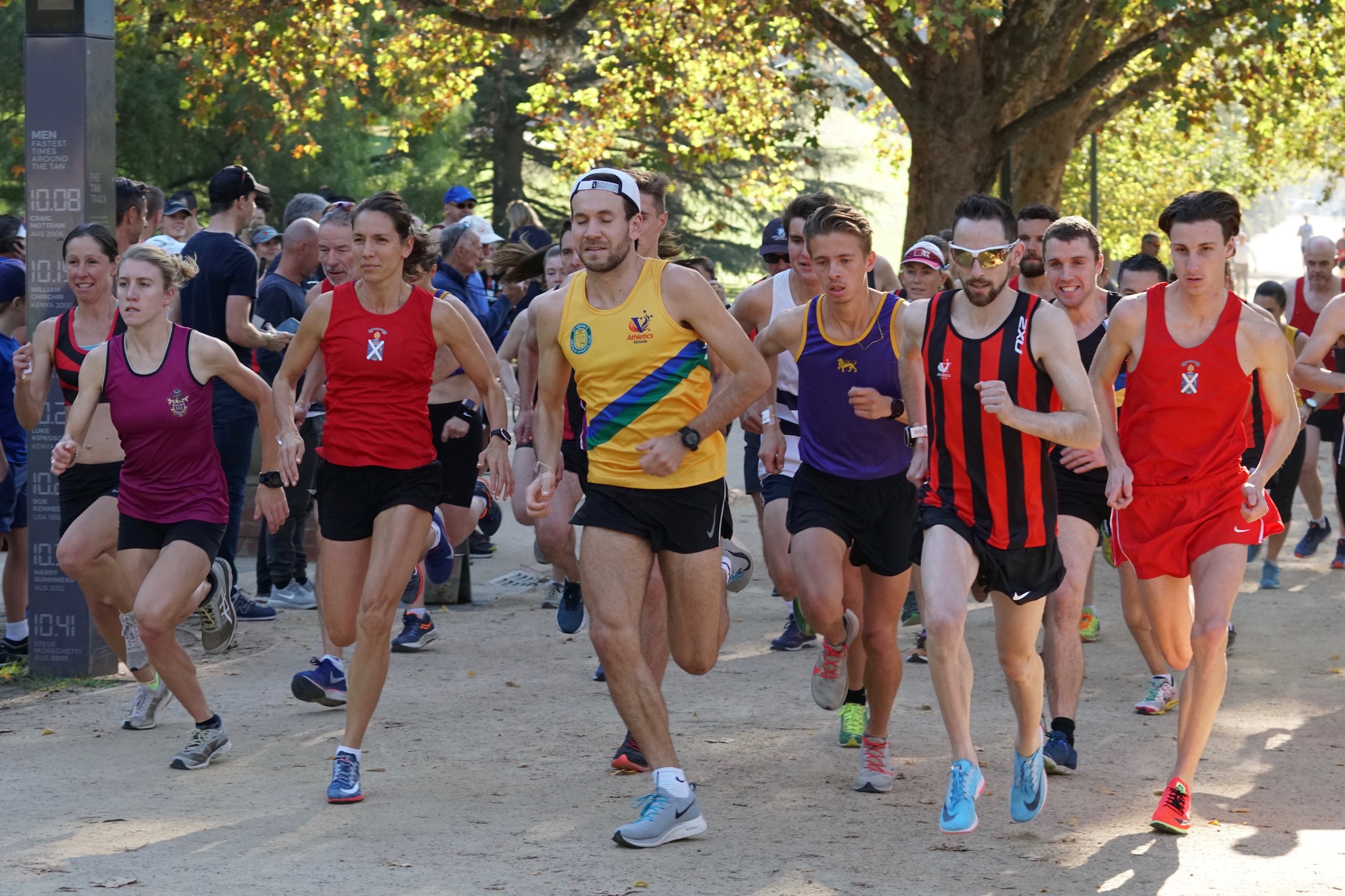 The Frank Dyson Relay is the third oldest event on the APSOC calendar. It was first held in 1939, but was suspended during the war years between 1942 and 1945. The race resumed in 1946 and has been held every year since then on the famous Tan track around the Melbourne Botanic Gardens.

When looking at previous results, the older team and fastest lap times appear slower than in recent years, but this is because the original course included extra distance beyond the Tan track to create a 4 km circuit. Since 1989, all runners have been required to run a single 3.82 km lap. The current start and relay changeover point is near Government House Drive. Runners travel in a clockwise direction, so that the initial section is relatively flat to the bottom of the feared Anderson Street hill. From the top of Anderson Street, there is a mostly downhill run to the finish.