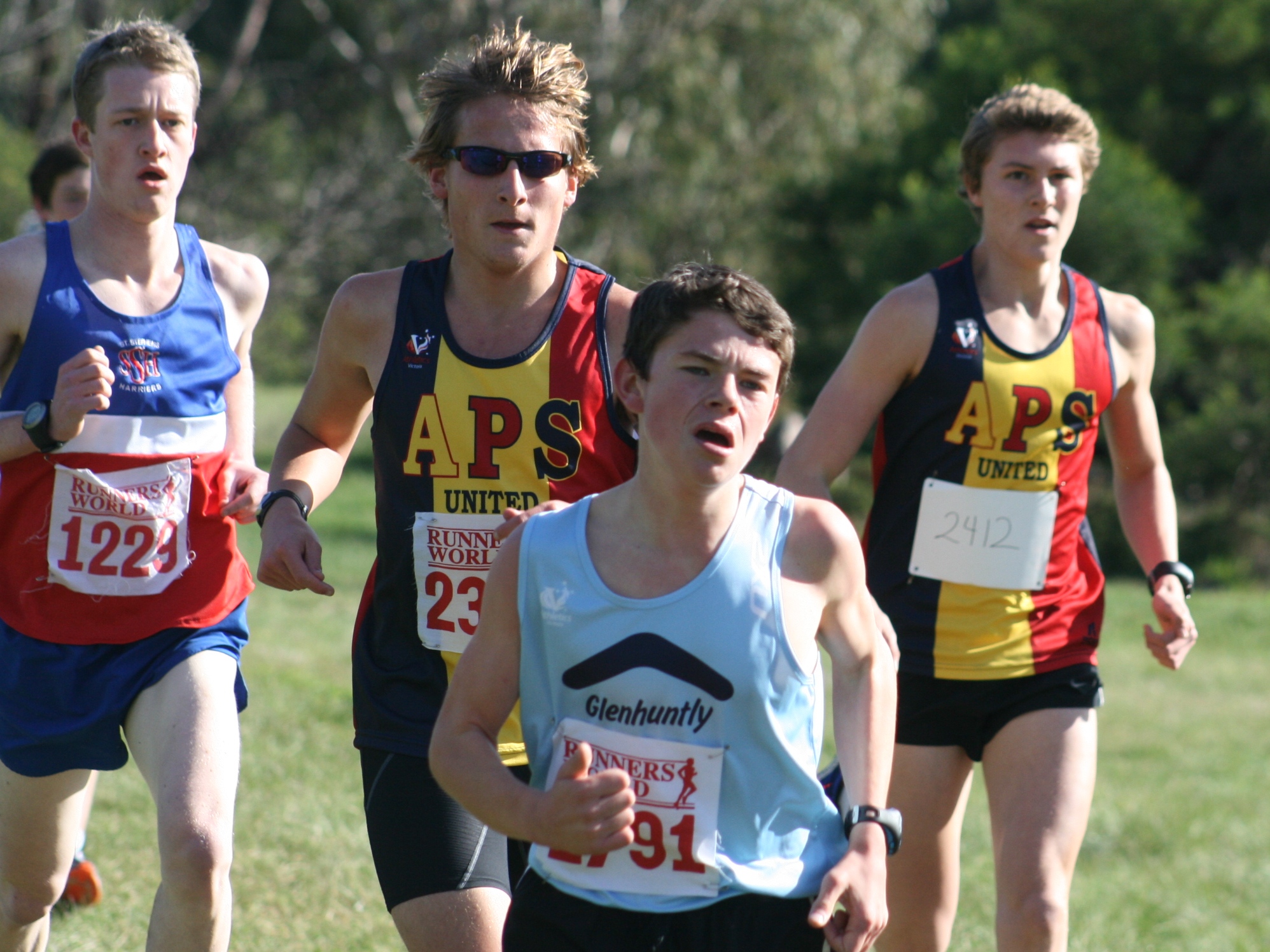 APSU’s overage athletes are clearly the best in Victoria and this was demonstrated by a comprehensive clean sweep of the M40, M50 and W40 divisions at Brimbank Park. APSU is on top of the ladder in the two men’s overage divisions and second in W40. Both Mark Purvis (M55) and Margaret Fitzgerald (W50) are leading the AV Champion Athlete awards in their respective age divisions, while Ant Rickards (M40) and Rob Schwerkolt (M45) are currently lying in second place. There were generally good team results for APSU at Brimbank Park, with the individual highlights being provided by Phillip O’Brien and Chris Atkins (both top 10 in the men’s U20 6k).