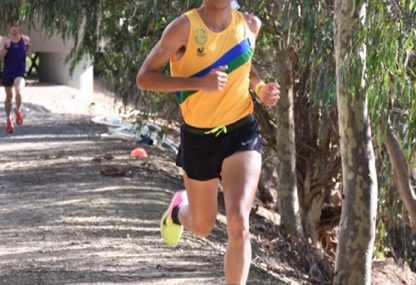 It has been more than twenty years since St Kevin’s won a teams event in the APSOC competition. This was remedied by a dominant performance at the Jamieson. Led by two Olympians and an Australian record holder, St Kevin’s won divisions 1 and 2. Old Xaverians won the women’s division. Luke Mathews (SK), who won the race, also achieved the highest age grading.