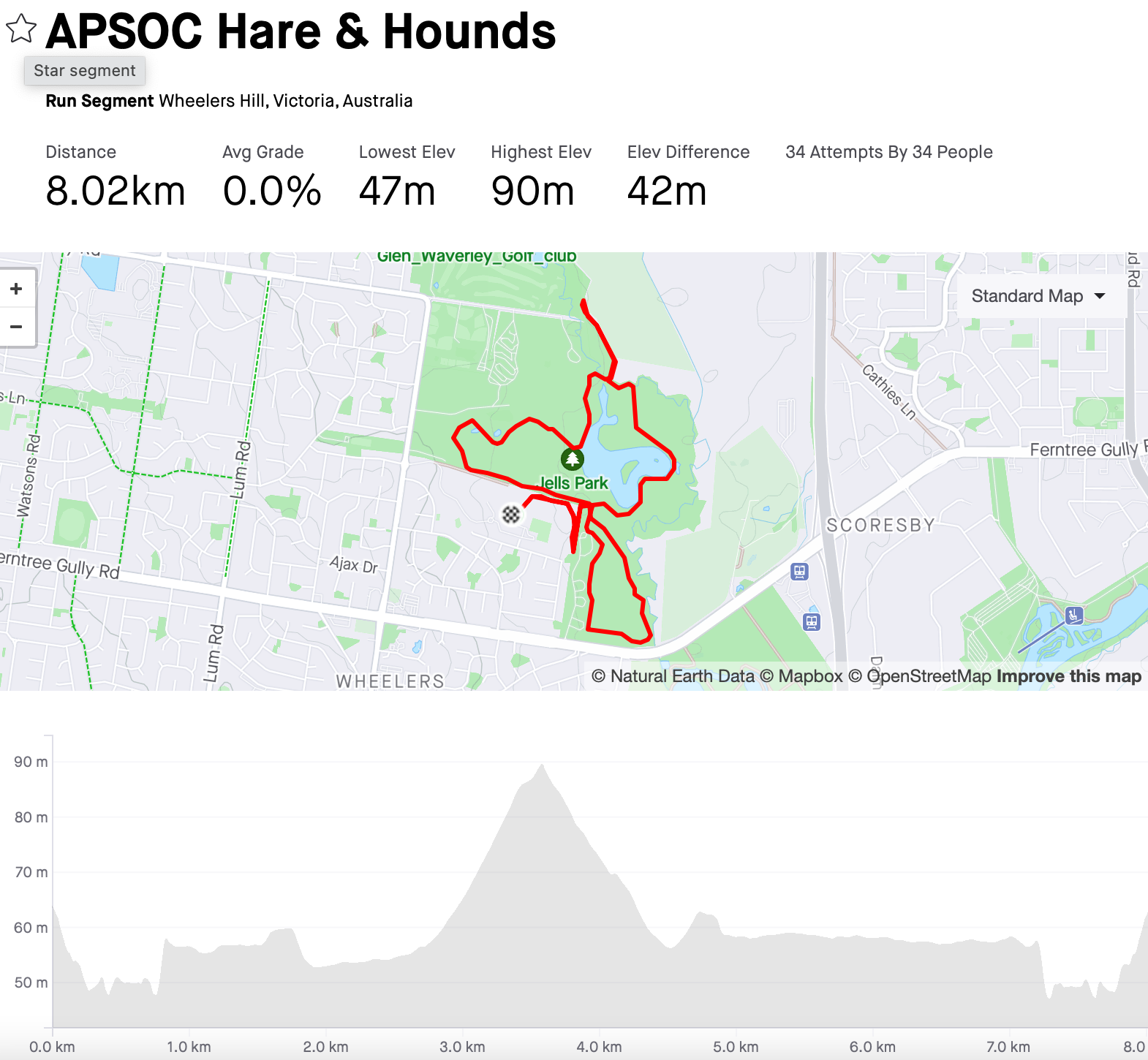 2021 marked the dawn of a new era for the Hare & Hounds. After 51 years, the Lucas family had done enough for the event and Association. Caulfield Grammarians stepped forward to host the event at Jells Park, Wheelers Hill.

Some history – during the 1960’s, the APSOCAAA (known at the time as the APS Old Boys Amateur Athletic Association) was looking to develop more courses and events beyond the five or six main events then held each season. In the earlier part of the 20th century, various Harriers clubs had enjoyed a cross country event in which a runner (the hare) would set off on an unknown course, dropping flour or shredded paper, followed some time later by the pack of runners (the hounds), who endeavoured to catch the hare before he got back home.

In 1969, Neil Lucas, the Old Scotch cross country captain and later to become Association President, shared a flat in Berwick and suggested that the area could be a good venue. Neil invited the Association members for a run through the reserves, paddocks and hills of Berwick, using the format of the hare and hounds. A track was laid out using white lime, although it could not be seen very well. Runners were graded and despatched in thirty second intervals rather than as a pack. Neil’s brother Peter recorded times.

On this first run, Tony Lapsley (SK) (4:30 after go) somehow followed the designated course and got home before the rest of the field of about 35 runners.  Our host, Neil Lucas (20:30 after go), with a distinct home ground advantage (he had marked the course in the morning), took fastest time honours. There were no particular prizes, just the glory and a bottle of local wine.

During the first decade of the event, the course varied from time to time. A system of wider time intervals between slower runners and shorter intervals between faster runners was introduced. Early runs started near the showgrounds opposite the Haileybury campus and followed a muddy course of approximately 9 km along the Cardinia Creek reserve. Invariably runners got lost and, if you think “the hill” at about the halfway point of the current course is tough, next time you are there, check out where the hill finishes. It is a further kilometre to the peak, which explains Peter Bruce’s fastest time in 1977 of 38:33 compared with 21:39 three years earlier. The 1977 course is politely referred to in the handbook as the “long course”. There were also a number of unprotected barbed wire fences to negotiate, which even tended to slow down the steeplechasers in the field.

In time, and with Neil Lucas becoming the City of Berwick Chief Executive (and later the Member for Eumemmerring Province in State Parliament and Mayor of the City of Casey), the start moved to the Arch Brown Reserve. The start/finish was adjacent to the football club pavilion and the distance was nominally 9 km, following much the same ground as the current course. Neil, his wife Margaret and their family, and brother Peter continued as our hosts. When Peter moved to Sydney with his employment, he continued to set the day aside to be timekeeper for the event.

As Berwick developed and traffic on the roads increased, it was decided to make the start/finish on the side of nearby Inglis Road, thus creating an 8 km circuit along the roads and through paddocks without the need to cross any intersections. This course was used between 1992 and 2019.

The event has presented a number of highlights over the years.  When running through the property called “The Downs”, runners had to follow the lane traversed by the cows when being brought into the milking sheds. Watching where to put your feet was one thing, but having to hurdle a dead cow on the track was an unexpected extra one year. But probably the best bit of excitement was the year that a horse came out of the farm gate and ran alongside the leading runners, then took the last turn and cantered through the finish line. Handicapper Field Rickards disqualified the horse for not carrying a tag.

The Berwick course was always considered a true cross country run, although most of the roads are now sealed and there may be only one fence to negotiate. Over the years, a number of athletes have managed to record the fastest time more than once – Ewen Wilson (OS), Peter Bruce (OX), Steve Brennan (OX), John Cormack (OS), Richard Hope (StK), David Lightfoot (OS), Paul Wilson (OS), Dean Gasson (OH) and Adam Pyke (OW). The hardest man to catch was Murray Wilcox (OC), who won from a mark of 1:10 after go in 1979. The best run from a backmarker was James Lightfoot (OS) in 2018, who ran down everyone from a mark of 24:15.

The Association is indebted to Neil and the Lucas family for not only initiating this event but their continued interest and support for an incredible fifty-one years.