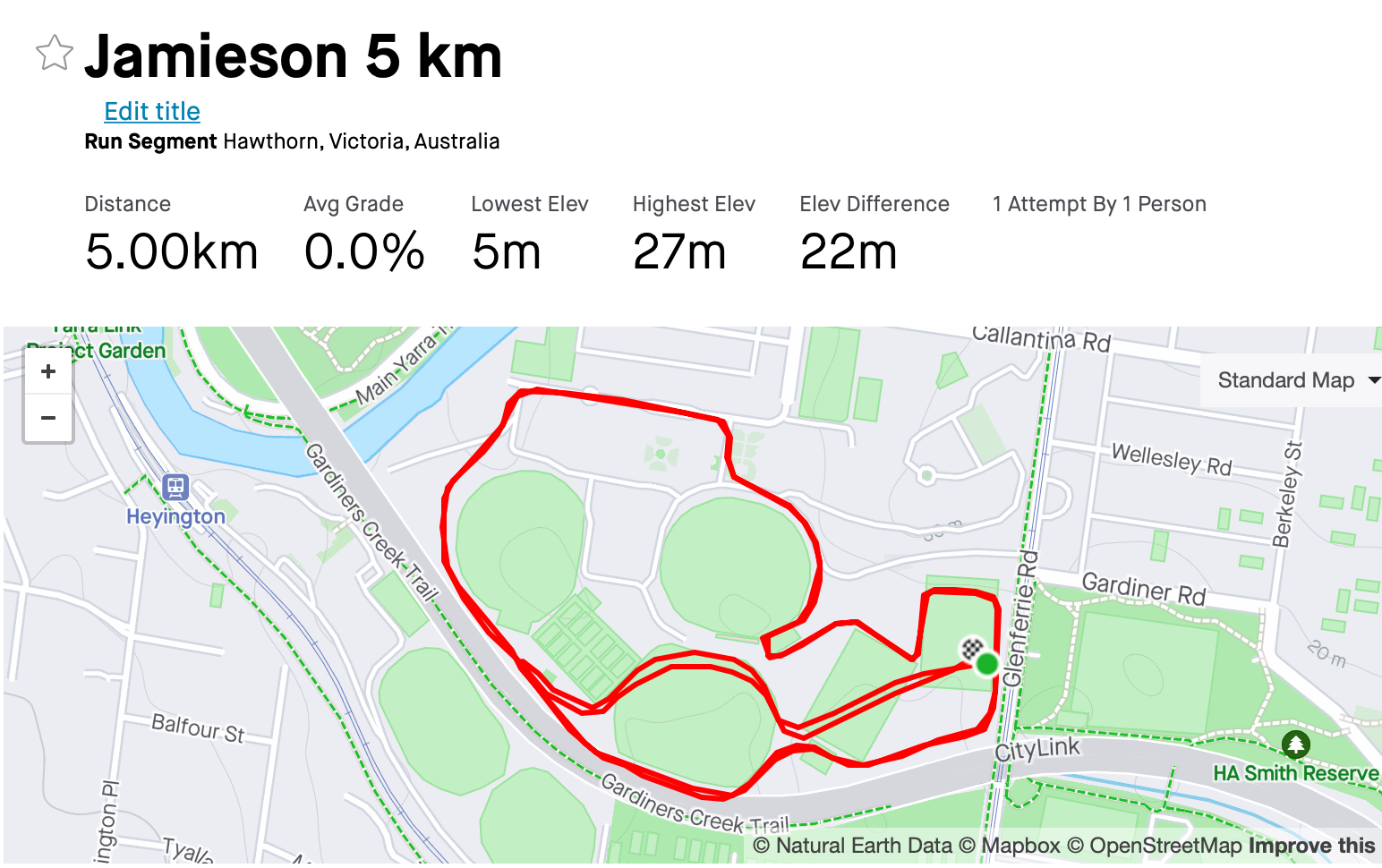 The Alex Jamieson 5km teams race and sealed handicap at Scotch College is one of the highlights of the APSOC calendar. The event was first held in 1950 and women first competed in 1981. It has been the traditional opening race of our winter season since 1995. The usually kind weather, convenient location and short course length has proved to be an attractive mix, resulting in fields of over 200 runners. Check-in is between the tennis courts and the Cardinal Club boatshed at the Yarra River end of Morrison Street. The runners then walk through the school back to the soccer pitch for the start of the race. There is car parking opposite the tennis courts and along Morrison Street.

The Jamieson course was changed for the 2015 race with the removal of the famous Glenferrie Road hill. The new course remains a varied one, with the terrain from flat ground to short, sharp hills. Running surfaces are generally good. The course commences with a spectacular charge from the soccer pitch across the rugby and around the boundary of the lower ovals, before a tight U-turn takes runners up on to the Gardiners Creek levee bank. Then it’s back around the soccer pitch before the competitors must climb the service road to the Main Oval. From there, the runners turn right and head for the Monash Drive past the chapel and out into Morrison Street. Then there is a slight downhill section almost to the river, where runners cut back left to follow the Gardiners Creek levee bank once again. The same circuit (levee bank-soccer pitch-service road-Main Oval-Monash Drive-Morrison Street-levee bank is repeated until the runners dip down from the levee bank and head back around the lower ovals and across the rugby oval to the finish line on the soccer pitch.

As the Jamieson is a scratch race with all competitors starting together, the handicap event is a “sealed” handicap, based on runners’ previous performances in the APSOC competition. The Jamieson has a long and proud history. Old Scotch Collegians Athletic Club provides a generous afternoon tea after the race on the Cardinal Club balcony overlooking the Yarra River, at which the team and individual awards are announced.