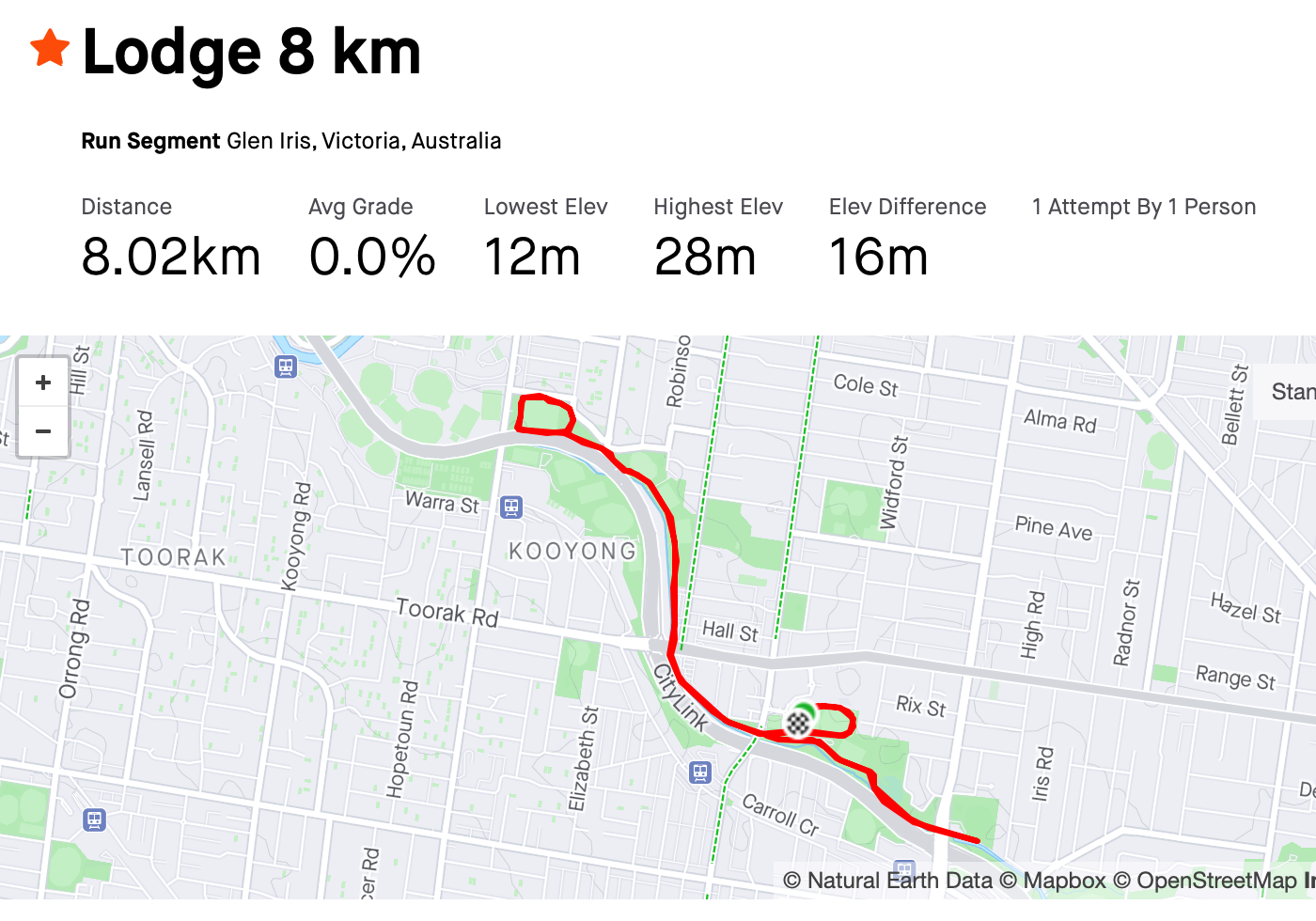 From 1961, St Kevin’s AAC hosted a 10 mile (16 km) handicap race, starting and finishing within the school grounds. Until 1986, the handicap winner received the Peter Secombe trophy, but St Kevin’s AAC wished to recognise the contribution of the Lodge family and the event became known thereafter as the Lodge Handicap. In 1988, by popular demand, an 8 km event was added, giving runners the choice of two distances.

The 16 km course has changed markedly over the years. It used to comprise two 8 km laps from St Kevin’s College to the Yarra Boulevard then through Scotch College, but traffic and safety issues forced the race to be moved to the mostly flat bike path along the Yarra River. 2021 will see another course change, this time starting and finishing at the new St Kevin’s campus in Tooronga.

There have been some fast times on the Yarra bike path, particularly in the 8 km, where record holders Drew Cole (OX) 24:06 and Abi Bayley (OX) 27:30 have torn up the course. But John Cormack (OS) has hung on to his 16 km record of 50:09 since 1984, set on the old course. This is the second oldest APSOC course record, which clearly demonstrates the high quality of the performance. Anna Thompson holds the women’s 16 km record of 57:45.